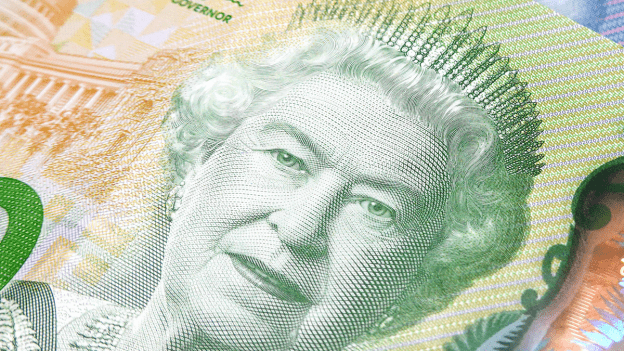 November 20 marks the 73rd wedding anniversary of Queen Elizabeth II and Prince Philip, Duke of Edinburgh. Seventy-three years! There was a picture of the happy couple opening hand-made cards by their great grandchildren. This image made me think about why so many banknote collectors focus on Commonwealth notes depicting Queen Elizabeth II, and sometimes her father King George VI and her grandfather King George V.

Obviously to have a collection theme, you first need a number of items to collect. Banknotes with portraits of the Sovereign have existed for over 100 years, and have been present on over 30 countries. The longevity of the Queen’s rule and her presence on so many banknotes and coins give collectors thousands of options and items to collect. Second, there is unique and different qualities of the banknotes where she is present. The colors are different. The portraits are different, the interpretation of the portraits vary at different printers. And you can actually observe the Queen age throughout the years of banknotes issued.

An important feature of a collectable theme is the range of price points. Many people would love to collect Picasso’s or Monet’s, but few of us can afford them. Today, a collector can buy Queen banknotes for less than $1 each or as much as $50K or more. And an average collector can find hundreds of items for less than a few hundred dollars each. This makes collecting her banknotes affordable and approachable for many people, and it allows even a low-budget collector to acquire a large number of banknotes.

The next feature might be the most important. Most collectors like the minutia associated with their collection. They like knowing unique features that only knowledgeable collectors are aware of- or maybe even care about. We know about which jewelry she is wearing in a given portrait. There is the famous ‘Devil Face’ Canadian banknote. There are error notes and there is the historic aspects of when she is on a banknote and when she is taken off.

Lastly, ands thankfully, Queen banknotes are so collectable because of the amazing artistic design work done by designers. Bradbury & Wilkinson, Waterlow, Harrison and De la Rue are or have been UK banknote printers that have taken pride in their Commonwealth banknotes and how they handle the Queen in their designs. Canadian Banknote and Note Printing Australia have also produced many banknotes with a Queen Portrait, although maybe not as respectfully or attractively as the UK printers. The Queen also has been present on dozens of commemorative notes. Typically, these notes have the best or most attractive designs.

Other than collecting a single country’s currency or maybe polymer notes, it is hard to see any theme as prolific or as well-suited to collecting as Queen / Commonwealth banknotes. We probably don’t have many years left with Queen Elizabeth II as the Sovereign and it is unclear what will happen to banknote designs after she passes, but I hope we will see some transition that includes her and her extended family on global currencies. Even if it does have Prince Charles