Australia – Money From the Land Down Under 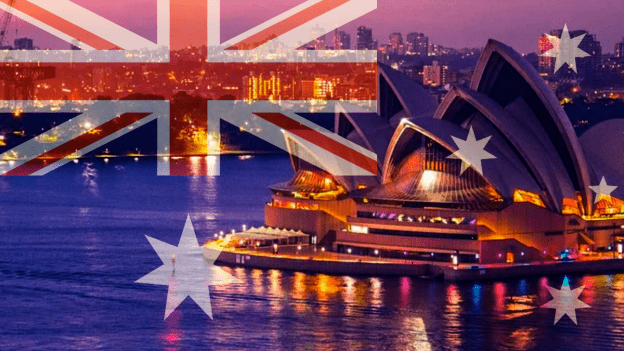 Many people in North America and Europe love Australia. Whether it was from the Crocodile Dundee movies, Olivia Newton John, Daniel Ricciardo, the friendly people, or the accent – Australia just has a very positive global perception. As a former English colony and the largest country in the South Pacific, Australia also has a significant influence on the region.

Australia’s banknotes and development of banknote technologies show its evolution from a dependent, commonwealth of the United Kingdom to a country proud of its own culture and history. Australia’s first federal banknotes were issued in 1913 and included a portrait of the British sovereign, King George V. The 1916 5 Shilling note P-1a is a great example. Printed by Harrisons, the design is classically British. The King is shown mainly on the front. The overall design contains complex line structures and multiple colors. When King George VI ascended to the British throne, his effigy was also included on all banknotes. Beginning in 1953 as Queen Elizabeth took the throne, Australia began introducing its own historically important people onto their banknotes. Queen Elizabeth was relegated to being only on 1 banknote. In 1953 that was the 1 pound note.

Introduction of the Australia Dollar

In 1966, the Bank decimalized its currency and adopted the name as the Australian dollar. The bank actually changed its design away from the more traditional ran a survey of its citizens for a name to replace the pound. The winner was “The Australia Royal”, but the government rejected this and went with the safe “dollar”. The designs changed significantly also. Gone were the scroll work typical in UK banknotes. In was brighter colors. It was also the beginning of the use of what I call, the ‘Mean Mum’. The 1966 1 Pound note (P-37a) has an image of Queen Elizabeth II wearing the Order of the Garter. She looks mad and stern. This portrait was in use until the 1990s.

In the 1980s Australia wanted to strengthen its regional influence. They made a strategic decision to develop a new polymer substrate and leverage the Note Printing Australia to produce banknotes for many South Pacific nations.

The first Australian polymer note is from the year 1988. It was a commemorative of the 200th anniversary of the European settlement of Australia. This note- P-49a1, had a portrait of an aboriginal individual on the front and a sailing ship on the back. This polymer note had a window- a see-through area in the banknote. It was groundbreaking and one of the most important banknotes ever issued. Australia converted all of its banknotes to polymer in 1992 and retired the 1 Pound note. The 5 dollar now had the queen portrait. They replaced the Mean Mum with the Disappointed Mum. I don’t know if it is intentional but, the portraits of the Queen used on Australian (and New Zealand) banknotes have not been what I would call complimentary.

Polymer notes opened up a new world of security features. Securency (now CCL Secure) and Note Printing of Australia had led much of that effort. But Australian banknotes, while interesting, just don’t look as pretty as other countries polymer notes.