Bhutan – The Best Country Most Have Never Heard Of 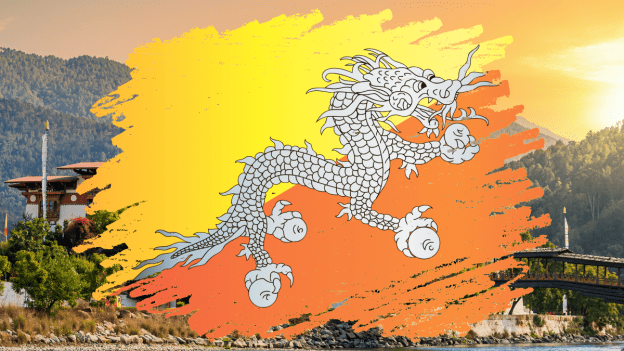 The Kingdom of Bhutan looks a lot like Switzerland, just without the cheese, expensive watches and the evolved economic strength. Bhutan is located just below Tibet and has enormous mountains. It was unified in the 1600s and has been relatively peaceful since. It is ranked high for economic freedom. Bhutan maintains a non-alignment international position and doesn’t even have official diplomatic relationships with the US, China, Russia, the UK or France. It also has some very beautiful banknotes. While Bhutan is still considered a developing nation, it has many of the characteristics stable, first world nation. It even focused on Gross Domestic Happiness as much as Gross Domestic Product.

Bhutan’s banknotes are call Ngultrum. The first banknotes were issued in 1974. The 1 Ngultrum (P-1) has an elaborate design on both sides. There are so many hidden images or features that blend into another image, one can look at it over and over again and find something new. All of the denominations have intricate designs. The print quality is somewhat poor, but the design makes them very collectable.

Thomas De la Rue began printing the second series in 1984 and the quality of the notes improved significantly. The designs became more modern but maintained the previous themes. Bhutan is a predominantly Hindu nation. This religious focus is evident on the reverse of all denominations where a large monastery dominates the design. The 2000 series showed a further modernization of the designs, but at the expense of some of the most interesting features. This series had portraits on the right side of the front, a watermark on the left and offset printed scenes in the middle. These notes seem more functional than artistic.

The 2006 Series seemed to split the difference in design. Low denomination notes maintained the older concept and themes while the higher denominations have a clean, modern feel and look. The reverse still shows religious sites but the designs are varied.  The 5 Ngultrum (P-28a) is an interesting example. The front’s theme is local mythology. It is a very unique concept.

Bhutan is a constitutional monarchy and has a very young King. The Central Bank released a special banknote in 2011 to commemorate the King’s marriage (P-35b). In 2017, the Bank issued a commemorative for the Prince’s 1st Birthday (P-37b). This banknote was printed by Orell Fusli, the Swiss Banknote Printer. It is one of the best designed, most beautiful notes- and not just because it has a sweet, smiling baby on it. It includes SICPA SPARK Orbital. The front also shows the proud parents in the background. The reverse side has a complex design reminiscent of the first series. All collectors should really look at this one and consider adding it to your collection.