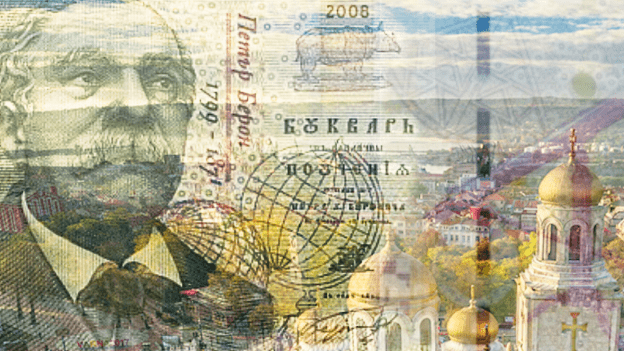 Bulgaria is one of those countries in Europe with a long and fascinating history but, is often overlooked in history classes. In this blog we go over the history of the Bulgarian Lev. The most we are taught about Bulgaria is that it was a minor ally of Germany in both world wars. Looking at a map, one can quickly see that its proximity to Greece and the Middle East puts this area at a cross-roads of early civilization and early Christianity.

Bulgaria fell under the dominance of the Ottoman Empire from the 1400s to the 1900s. Like many land areas subsumed by empires such as Ottoman and Austro-Hungarian rule, its people were spread around to different areas and its identity somewhat lost. After WWII, Bulgaria was then dominated by the Soviet Union and again lost much of its identity. After the fall of the Soviet Union, Bulgaria began a process of westernization. It eventually joining NATO and in 2007 the EuroZone. While Bulgaria is part of the Eurozone, it has not met all the criteria to convert to the Euro currency. Luckily for collectors, the Bulgarian Lev is still in circulation. Lucky because the lev tends to be very well designed and attractive.

Bulgaria did have its own banknotes while part of the Soviet Union. Unlike some other countries in the Russian sphere, Bulgaria’s banknotes have always been interesting and free from traditional communist imagery. The 1962 1 Bulgarian Lev (P-82a) is a good example. The fonts, colors and guilloche designs have an artful feeling and not utilitarian as other communist banknotes. In 1991, the designs changed dramatically and began highlighting Bulgaria’s religious traditions and cathedrals. It is also when they converted from a Russian printer to a German printer. The 1992 50 lev (P-101a) is a good example. It also has a detailed image of an old-style letterpress- which for a collector is an interesting object.

The 1997 series and every other Bulgarian Lev banknote since then have taken on the design concept and feel of pre-Euro German Deutschemarks. Many contain large holographic stripes on the front, next to a large portrait of a Bulgarian leader. As holographic technology has improved, the features in the hologram became more complex. They eventually have become matched images to the portrait. With its strong ties to Giesecke & Devrient (G&D), Bulgaria has also been an early adopter of new technologies from G&D. This includes the use of HYBRID substrates.

Given the eventual conversion of Bulgaria to the EURO it is not surprising that its banknotes are looking like EURO designs. The 2005 commemorative 20 Lev (P-121a) looks very similar to a Euro note. It is unclear when Bulgaria will adopt the Euro, but it will be a shame that the world will lose the Bulgarian lev banknotes.