Buying With Bitcoin As The Price Goes Up 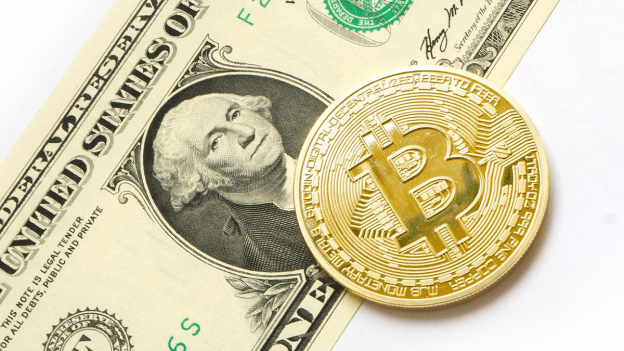 The price of Bitcoin is up around 400% this year. That is pretty good for a software system that is created out of nothing. What is it and why is it skyrocketing in price? There are hundreds of books, podcasts and articles describing bitcoin in excruciating detail. In simple terms, bitcoin is a virtual holder of value. It was created as a way to enable people across the world to exchange goods and services without banks or the impact of government policies on currency valuation. To protect the value of each bitcoin, the software system limits the maximum number of bitcoin that can exist and makes the creation of each subsequent bitcoin more and more difficult. Bitcoin is also counterfeit resistant because the history of all transactions (ledger) has a record on all computer systems involved.

Bitcoin is one of hundreds of cryptocurrencies out there but, is certainly the most well-known.  Why has the value of bitcoin and other well known cryptocurrencies gone up so much? Some people call bitcoin the 21st century gold. Gold has the perception as a safe place to put your money in times of turmoil or when there is high risk for government currency devaluation. 2020 has certainly seen its share of societal turmoil, economic upheaval, and dramatic amounts of government spending. All precious metal prices are up this year as people look for a haven for their money. It is not surprising that cryptocurrencies would benefit from the same factors driving gold’s rise in price. But gold and silver are only up around 30%, so that doesn’t explain everything.

The Bitcoin price has gone through several waves of extreme growth followed by crashes. There are a lot of people pumping up the value of crypto on social media. Every morsel of information expressing concern about government spending, government mistrust is amplified. Twitter and Instagram are full of 20 something bitcoin millionaires claiming that investing in bitcoin is an easy way to become rich. Governments are evaluating their own cryptocurrencies and some banks are making small bets on bitcoin within their portfolios. All of this is seen by potential investors- especially inexperienced and younger people, as reason to jump into bitcoin. Another good thing for bitcoin is that there has not been a recent scandal where a crypto market is hacked or goes bankrupt. Prior crashes have been preceded by these types of scandals.

A big change we are seeing is that there are new systems that are enabling the use of bitcoin to buy things. Until now, it has been difficult to use bitcoin to buy products as easily as you might use a credit card. BanknoteWorld.com will accept bitcoin for purchases. Some retailers will accept bitcoin when managed by a ‘bank’ wallet service. There is also a somewhat inaccurate report that a professional football player is being paid in bitcoin. The truth is that this player has invested in a bitcoin-dollar exchange service and pushed this falsehood to pump this company.

Making bitcoin useful to buy things is critical to its success. But so is a more stable valuation. In December 2020 alone the value has increased almost 50%. If a bank or retailer takes bitcoin as payment, they take a significant risk or value increase or value decrease just in one day. Until the day-to-day value is predictable and stable, it will be challenging for companies to broadly accept it for payment.