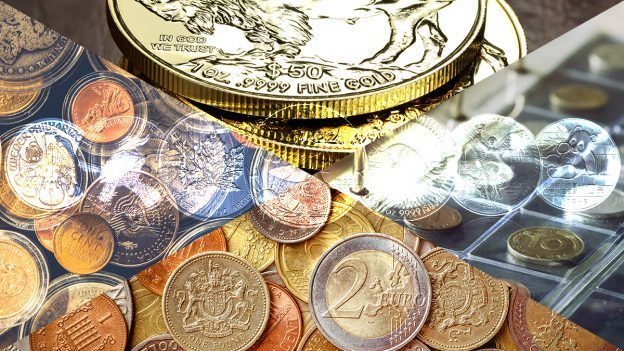 Coin Collecting for Beginners – Coin collecting is a fun and exciting activity. However, it can be a bit daunting if you are new to it, here’s a quick guide to help you get started.

Coin collecting is considered by some as the hobby of kings since many of them have been fond of the trade over time. Referred to as numismatics, it is something that you can engage in easily and with a minimal amount of resources. You can acquire coins and keep them as part of your collection or sell them in the future. Becoming a numismatist isn’t too difficult, but you’ll want some tips on finding the right coins, knowing the popular coins worth collecting, and more.

When it comes to coin collecting for beginners; learn, learn, and then learn some more, especially if you are a beginner in the art of coin collecting. Knowing things such as collector lingo, different types of coins, popular coins, where to find coins, and how to store them, will make your experience more successful and enjoyable.

What makes coin collecting so interesting are the stories and history you will discover from the coins you collect.

After you educate yourself on the world of coin collecting, you’ll want to determine the kind of numismatist you want to be since there are different types. Some collect coins as a hobby for the fun of it, while others collect coins as investors with the purpose of later selling the coins for profit.

That is right, sometimes, all you need is a little ingenuity to become a coin collector. For example, you can start by collecting the coins that you get as change when making a purchase. Believe it or not, as soon as your interest is perked, the coins keep coming up. Some people have found coins in used clothing and handbags, while others have discovered their coins through inheritances or family treasures.

While collecting coins without spending money is completely doable, investing some money to enlarge your collection can have an impact and make it easier to find and acquire the coins you are looking to add to your collection. An excellent way to get started is to ask your friends if they have some coins they are willing to part with. Did you know that there is over 10 billion dollars’ worth of coins kept in jars in homes in the US alone? If your friends aren’t interested in giving away coins, maybe you can set up a trade or pay an agreed upon price for the coins that you want.

Unless you are a collection junkie that only cares about collecting coins rather than about the coins themselves, you’ll want to come up with an organizing system for the coins that you collect. There is no shortage of ways that you can organize your coins, so do so in a way that pleases you whether it’s alphabetical, by country, material, date, first letter, or any other way you come up with. Make sure you organize your coins in the way that best fits for you.

It’s important that coin collecting appeals to you, don’t buy it if it doesn’t. Because coins can be old, don’t be surprised if some coins are defaced, have marks, have lost their luster, have corrosion, scratches, or other minor or major damage. Even if it’s not in peak condition, a coin can be extremely valuable especially if it’s from a previous century.

Coins help represent the history of the country where they are circulated. And no matter where your coin collection takes you, you will be inspired the history and story that comes with each coin. It’s time to get collecting!

You can browse and purchase from our wide selection of coins by clicking here.