Colorized Coins – A Gimmick or an Advancement for Collectors? 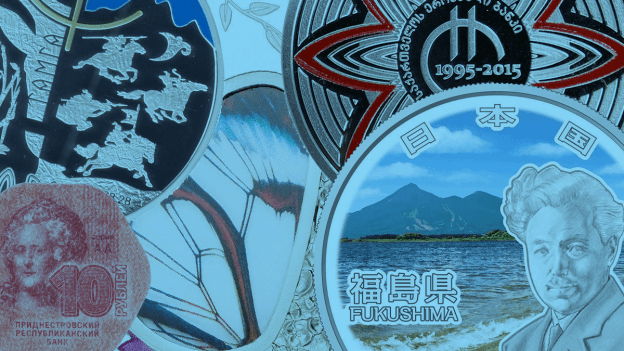 The US Mint just announced they will release their first collector coin that includes applied colored inks. This new coin is the Basketball Hall of Fame 2020 Colorized Half Dollar and is planned to be released on August 28. The US collector market is split on this coin. While colorized coins have been common for more than 20 years, the US has resisted using this design feature.

Canada has led the use of color on collectable coins, but most countries have included colors in their numismatic and precious metal coins. OMAN has produced a number of attractive and highly collectable coins. The 45th National Anniversary 1 rial silver coin is a great example. The coin has exquisite detail, showing OMAN culture and history.

Fiji has released many colorized coins highlighting local fish, plants and birds. A very nice example is the 2012 Fiji 20 Dollars 2oz Silver Coin. It is part of a series bring attention to Exotic and Endangered Wildlife. The coloring the Paradise Bird makes the bird seem to pop off the silver background. And for those who might like colorization, the reverse shows the typical Queen Elizabeth II effigy.

Some of the nicest colorized coins have been minted by Japan. In 2015, Japan released a series commemorating its prefectures (states). Each coin is about 1 ounce of precious silver and has small colorized Japanese features such as temples and cherry blossoms. The 2015 Nagasaki 1000 Yen coin is especially attractive.

With all of these beautiful coins, and obvious market for them, why are so many collector upset that the US is finally joining the other countries? Maybe it is because the US has been the one mint to maintain the traditional coin design? Maybe it is jealousy of Canada? Whatever it is, the genie is out of the bottle. The US, with its experienced and creative designers will likely begin putting out more and more colorized coins. I think this is great as long as they also continue to make beautiful non-colorized coins.