4 Cool Things to Do with Banknotes 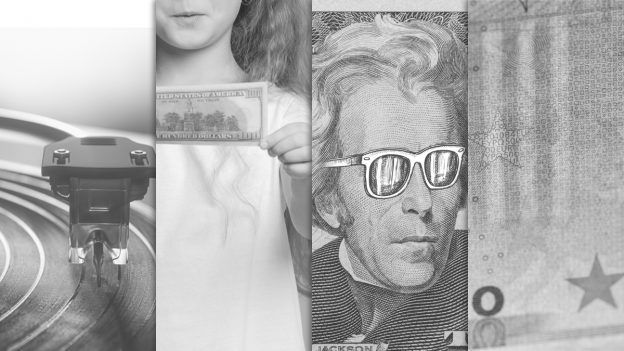 There are many cool things that you can do with your banknotes, though you want to make sure that you don’t attempt anything that is irreversible because then you won’t be able to continue using your banknote, in a legal capacity anyway.

Collecting banknotes from different parts of the world is not the only fun thing that you can do with banknotes.

Did you know that some people in Britain have learned to play music records with their newest polymer banknote as it has sharp corners that do not bend easily even under pressure? How cool is that? They’ve figured out a way so that when pressing the banknote on the vinyl record, music starts to play, just as it would do with a record player needle.

There are some things that people do with their banknotes that are illegal in many countries, such as writing, impressing, or stamping banknotes with ink. There’s no harm in having fun or being creative with your money, but make sure to do so in a way that doesn’t shorten your banknote’s lifespan.

There are many more cool and fun things that adults and children can do with banknotes. For example, you can play a game with your children and have them identify the different portraits on various bills. You can also help them improve their memory by telling them to guess what years the banknotes you have were introduced into circulation, and then after they know the year, ask them again the following day and so forth.

Some people even try to mark notes in some way in anticipation that they will be able to identify the note if it should come back to them. Take a pencil and try to do some crazy things with the portraits on the banknotes. For example, you can give Andrew Jackson a hippy look by adding spectacles on his face. However, do that with a pencil so that you can reverse it. On the figure denoting the amount/value of the note, add a zero or two, make it bigger and all of a sudden you have “more” money in your pocket.

4. Discovering More with a Magnifying Glass

Which child does not have a magnifying glass? This could come in handy for you and your children or grandchildren as you try to identify different things on a banknote that are not visible to the naked eye. You will make some cool discoveries. Banknotes have so many security features to guard against counterfeiting. For example, did you know that the rough lines that you feel with your hands on the banknote have small writings on them that you can only see under magnification?

Spending money is not the only fun that you can have with banknotes. Playing around with banknotes is an opportunity to be creative. But remember not to permanently deface or damage your banknotes because you will not be able to use them in the future.

You can purchase coins and banknotes by visiting Banknote World