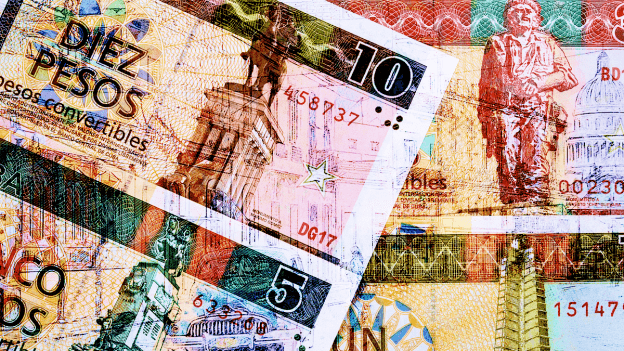 Cuba’s financial system has made news recently when it announced it would stop circulating 2 types of pesos. Beginning in January 2021, Cuba will withdraw the Cuban Convertible Peso (CUC), which is pegged to the US dollar and only circulate the standard Cuban Peso (CUP). Having two co-circulating currencies led to black market activities and a distortion of the economy.

The History of Cuba

Cuba remains an isolated country in the Caribbean. Its modern history goes back to the time of Columbus and it was dominated by Spain for hundreds of years. It gained independence in 1902 after the Spanish American War and remained an American protectorate until 1959. Fidel Castro and his army overthrew the former Cuban government and established ties to the Soviet Union until the Soviet Union fell apart in 1990. Since then, Cuba has struggled to maintain it communist regime and regional influence. Cuba’s currency history follows the timeline of the global powers that dominated it.

Prior to 1905, Cuban banknotes were printed in Europe and looked a lot like the bank ‘cheques’ used in Europe at the time. In 1905, the first Independent Cuban peso was issued. They were printed by American Banknote in the US and looked similar to US currency. The Cuban 1 Peso (P-65) has a famous person’s portrait in an overall surrounded by dark black and green scroll work. On the back is a famous coastal fortification. In 1934, the US Bureau of Engraving and Printing printed silver certificates for Cuba. The fronts still remained dark and boring, but similar to some US currency, the reverse sides have an alternative color printing.

After WWII, American banknote continued to print the notes but they remained very US-like. The 1949 5 Peso (P-78) adds bright orange-red ink on the front and the reverse. It works on the front as it is the background and the use of color brightens up a dark banknote. The back is just red and it looks awful (sorry). After the Cuban revolution, banknotes were printed within the Eastern bloc and began to look a lot like Soviet banknotes. The 1968 1 Peso (P-68) shows drab colors on the front, but on the reverse is a large vignette of Fidel Castro entering Havana victorious in 1959.

A note that many people collect is the Che Guevara 3 Peso. The 1983 (P-107) has the commonly-seen portrait of Che Guevara on the front and an image of a peasant cutting down sugar cane; the largest agricultural product of Cuba. Cuban banknotes did evolve in the 1990s to look like more modern banknotes. The 20 peso (P-110) of 1991 looks like a typical banknote of the time. In this case, there is a local carrying a large bunch of bananas on the back. Even the 3 peso has evolved to a more modern look. The 2005 3 Peso (P-127) maintains the same images and portraits as prior versions but there is more color and more white areas.

Cuba does not appear to update their notes very often- probably indicating that there is not much counterfeiting risk. The latest note issued was a 500 Pesos in 2019 (P-133) which commemorates the 500th anniversary of the founding of Havana. While it is somewhat attractive, it does look like a note more commonly seen in Central America 30 or 40 years ago. The lack of upgrades and redesigns seem to work for Cuba.