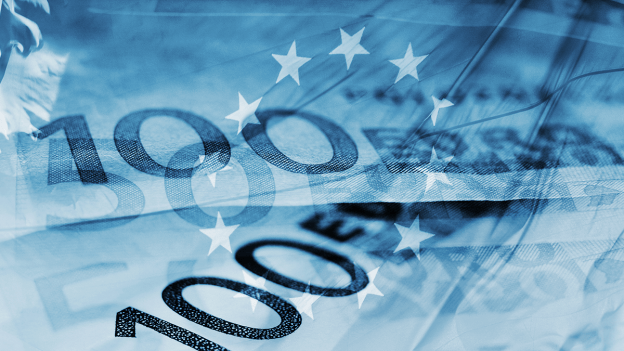 The European Central Bank learned a lot from its experience with the first Euro series. A lot of things had changed also. The ECB banknote development and issuance teams integrated all they had learned into the Europa Euro Series 2 banknotes.

ECB Changes for the Second Series

What had changed between 1996 when the first series was conceived and the mid-to-late 2000’s when the ECB began looking at a second series.

The ECB decided to maintain the basic design concept, but added the portrait of Europa, from Greek mythology, in the watermark and the hologram. The portrait in use has an obvious link to the continent of Europe. People had become comfortable with the Euro designs, so a significant change was not preferred. The ECB focused on enhancing the security features, improving the durability and lifetime of the banknotes in circulation, and improving machine readability.

The most obvious difference between notes in the two series is the improved holographic features. The portrait of Europa has a lot of detail and matches the watermark very well. While the colors and images remained virtually the same, the colors seem to be more rich or saturated. The denomination has SICPA SPARK security features which show a bar of bright color rolling up and down when you tilt it. Notes also seem a bit more rigid and shiny. This effect comes from the overprint varnish used which protects the paper from soiling and also helps keep the note crisp in circulation. Less obvious to the average citizen, the ECB focused much more heavily on quality and supply integrity.

Quality is always key to banknote printing and fighting counterfeits, but the ECB standardized many processes and improved the specifications. The ECB saw the closure of state printing works and some security feature companies as a threat to the continuity of supply. The ECB therefore worked hard to qualify and support additional suppliers while also requiring redundant supply options.

The ECB also decided to eliminate the 500 Euro note. The 500 Euro note is rarely used in commerce. Many in law enforcement expressed concern that the 500 was being used by organized crime and terrorist to finance their activities. These seems plausible. A carry-on size bag of 500 Euros is around $5 million dollars. But it is a shame to lose this note.

Is there a favorite banknote from the Europa Series? The 10 Euro note (P-27) fits the bill. It is not that it is a beautiful note, but it wins for the most improved banknote in the series. The first 10 Euro note was based on washed-out orange coloring. The new version uses a more saturated orange which makes it striking. The darker orange also seems to be a better background for the holographic stripe.

It is unknown what the third series will look like. The banknotes have some of the best security features and also seem to have longer lifetimes. Will the Euro consider polymer? Will it eliminate the 5 Euro note and replace it with a coin? Or has the Eurosystem been around long enough that they will consider including portraits of former Presidents of the European Council? Time will tell.