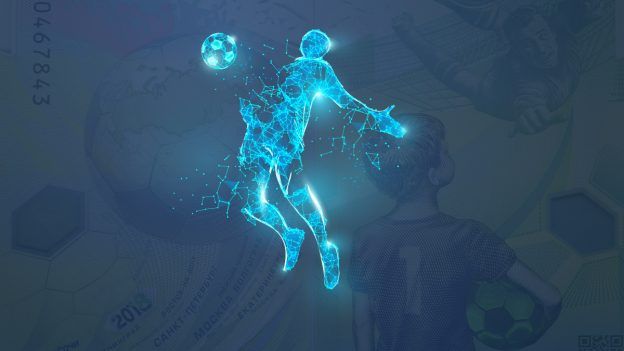 I think it’s safe to say that football is a very popular sport known the world-round. I don’t think it may be as popular in the US as lets say Europe or Latin America but, none the less it is still widely played, as it is watched. For this reason a few countries have released official banknotes with images of people playing the beloved sport. For example on the reverse side of the 2017 Maldives Five Rufiyaa is an image of 2 gentlemen playing mid-sport. Its part of the Maldives most up to date series of banknotes which features cultural and historic imagery on display on banknotes.

Another good example is the Russia 100 Ruble from 2018 which was a commemorative release and coincided with the 2018 FIFA World Cup which was hosted in Russia. This banknote was Russia’s first ever banknote to be made out of polymer so that makes it even more notable. Its colors consist of bright, green, red, blue, yellow and white which make the overall design really pop in the eye of the viewer.

On the obverse is an image of former Russian/Soviet footballer Lev Yashin who played as goalkeeper and is also an Olympic gold medal winner. There is also image of a boy holding a soccer ball, looking up to Yashin. On the reverse is an image of a large soccer ball and also a map of Russia. One of the features only visible under a UV light is text that says “FIFA World Cup Russia 2018”. Also on the front there is a QR code that when scanned takes you to the Bank of Russia home page and shows you the security features of the banknote.