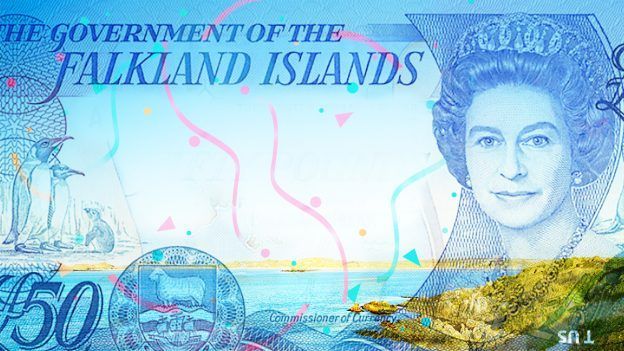 The English people are practical. And in at least one way, so is the royal family. In 1748, King George II wanted to have a big birthday party at Buckingham Palace, but his real birthday was in November. He decided to create a second birthday in June so the weather would be good and he could have a nice party. He chose the second Thursday in June. This tradition continues to today, but the exact date was changed to the second Saturday in June. So Queen Elizabeth II’s ‘official’ birthday in 2020 is June 13. And on a side note, Queen Elizabeth II’s actual birthday is on April 21

But King George didn’t think globally. The Falkland Islands are a British Overseas Territory in the South Atlantic. June 13 is the middle of the winter for them. Folks there just stick with Queen Elizabeth II Birthday birthday in April.

The Falklands is very remote and only have about 4,000 inhabitants. Amazingly thought they have their own banknotes. Maybe what is not surprising is that they haven’t changed their design since 1983 and they only issue banknotes once every decade or so.

Their banknotes have a very traditional design and are very attractive showing penguins and seals next to Queen Elizabeth II on the obverse and pictures of Christ Church Cathedral and the Government House, the official residence of the Governor or the Falkland Islands. The only difference in design between the denominations of their paper-based currency is the color. Very few countries have maintained the same design for so long.