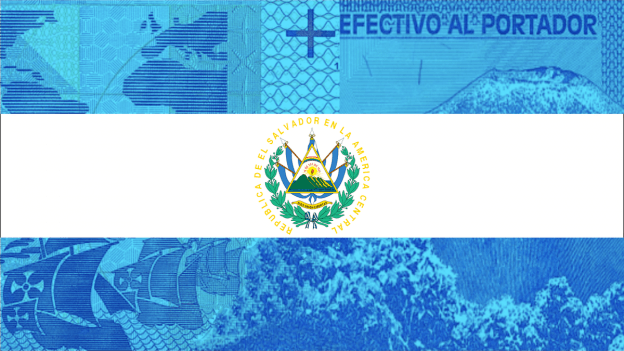 Americans observe Hispanic Heritage Month from September 15 to October 15, by celebrating the histories, cultures and contributions of American citizens whose ancestors came from Spain, Mexico, the Caribbean and Central and South America. In this blog we examine currency used in El Salvador which declared its independence from Spain in September 1821 along with many other Central American countries.

El Salvador was part of the Mexican Empire, and then part of short lived alliances with other Central American countries or semi independent until 1898 when it was finally fully independent.

Banks and even farms created their own banknotes during the 1800’s and until 1934. Beginning in 1883, the government did enable specific banks to exclusively issue the El Salvador Peso. The Peso replaced the former Spanish Reales denomination. Banco International and the Banco Occidental and Banco Agricola Comercial issued peso banknotes until 1892 when the official currency was changed to the Colon. As a result these banknotes are extremely rare. I have seen an 1880 example printed by Bradbury & Wilkinson. It had a Christopher Columbus portrait and a design similar to East Africa.

El Salvador continued to have uneven banking and finances for the next 40 years. In 1934, El Salvador created the Central Bank of El Salvador and issued new banknotes printed by American Banknote. The banknotes continued to pay homage to Christopher Columbus by having his portrait on the reverse side of many of the banknotes. A very interesting example is the 1950, 1 Colon. While it still looks like a typical American Banknote design, Waterlow & Sons added color to the front side. For instance the vignettes of agriculture and landscape are very detailed. The reverse had Christopher Columbus in a center aligned portrait printed in an orangeish color. The portrait of Columbus is very high quality.

El Salvador suffered through many coups and civil up risings for much of the second half of 20th Century. The design of banknotes changed frequently as well as the printer. However what did stay consistent was the use of Christopher Columbus on the banknotes. The country made a significant decision in 2001 to eliminate the Salvadorean Colon and instead use the US Dollar as its official currency. This as a result has helped stabilize the economy.

About 10 years ago, I was told that El Salvador was the largest user of the $1 USD coin. I don’t know if that is true or still true but if it is true, it is a fascinating bit of trivia.