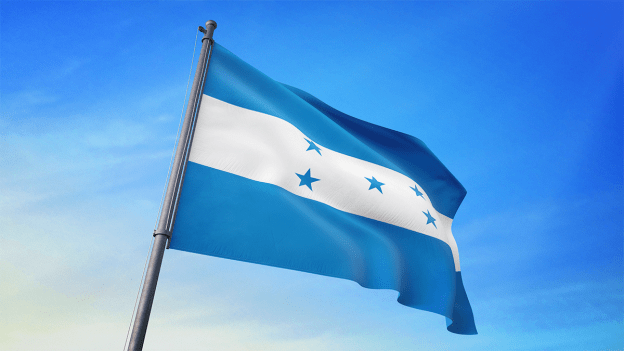 The 2014 Honduras 5 Lempiras banknote deserves special attention. This Lempira note, printed by Oberthur, has a very detailed vignette of the Battle of Trinidad. The battle is an important aspect of Honduran history and independence but from a collector perspective, the battle scene is special and deserves attention.

Honduras is a nation in Central America. Its capital is Tegucigalpa, a name that many elementary school students love to say- Te-goo-see-gal-pa. Along with its neighboring countries, Honduras was part of the Spanish Empire until 1821. Weakened by war with Napoleon, Spain lost control of this area. Mexico tried to dominate the region but failed. Five Central American countries, including Honduras, bound together in an attempt to create a collective arrangement to counter the influence of Mexico to the north. This arrangement was difficult to hold together and led to continual conflicts in the region for more than 30 years.

Design of the Lempira Banknote

Francisco Morazán, who is shown on the front of the 5 Lempira banknote (P-98) was a leader of the Honduran region in 1827, when the President of the Federation of Central American States told his army to march into Honduras to quell independence-focused forces there. The Battle of Trinidad was the defining conflict that pushed back the Federation forces and enabled General José Francisco Morazán Quezada to be named President of Honduras. This battle is so consequential that it is featured in the 2014 banknote.

The vignette of the battle is large and detailed. It includes at least 50 soldiers engaged in hand-to-hand combat. While there are many banknotes that show battle scenes, few have the detail and close contact fighting shown in this image. The front of the banknote is equally good design. It has a nice portrait of Francisco Morazan, the Honduras Emblem and a number of design elements that complement the entire theme.