Japanese Yen – From Past to Present 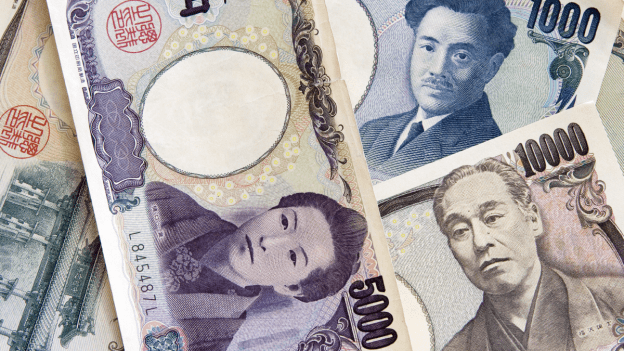 The modern Japanese Yen dates back to the 1800’s. Before the introduction of the Japanese Yen various silver coins from Latin America and Spain were used. The newly introduced Yen was supposed to unify the Japanese economy and also bring forth more stability and control.

Over the past years the overall design has honestly not changed too much. They still feature images of people on the front and back as well as notable buildings and structures on the reverse. The one thing that is the most identifying feature on Japanese banknotes is the paper used. It has the look and of old paper from the era and that’s what I think gives it its distinct features. The front features a man who symbolized Daikokuten which is the figure known for fortune and wealth, kneeling down on the right hand corner and on the left is an image of a dragon. The reverse features images of 2 groups of men coming together.

Over the years the Japanese Yen has not changed much. For example the 100 Yen, 1953 is colored in red and white. The front features a portrait of Itagaki Taisuke, a politician and movement leader. The reverse features an image of the Diet building. Throughout the 80’s Japanese Yen stayed the same no major design changes. The 5,000 Yen, 1984 is a good example of the design that would be followed in to the later years. It features Nitobe Inazō on the front and Mount Fuji on the back.

As you can see on the modern Japan 10,000, 2011 the text and design remain the same but, with the added security features to prevent counterfeiting in this age of high technology. In 2019 the Bank of Japan announced that there would be redesigned 1,000 – 5,000 – 10,000 Yen banknotes for a release date of 2024. These new notes are a little bit more colorful but, nothing that stands out too much. Do you think Japan should continue with these types of banknote designs or should they go a completely different route with banknotes like China, Indonesia, Singapore, Hong Kong, Macau and other neighboring countries?