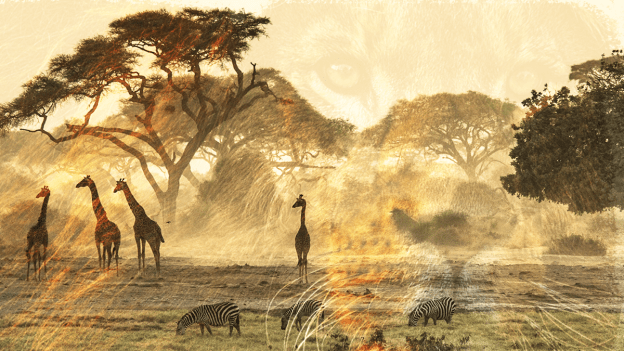 Animals have long been present on banknotes. Large, powerful and even mythical animals have also been used on family crests and country emblems. In addition, leaders often want to be associated with a powerful animal.  King Richard I of England lived in the 12th century and was known as Richard the Lionheart. The Royal Arms of England, designed in Medieval times shows 3 lions. The Queen also has the Beasts, which are present on a series of several coins. These are heraldic symbols associated with Queen Elizabeth II’s lineage. They also include a Yale, a Dragon, a Unicorn, and several others- all associated in some way with leadership, power and greatness.

England is not the only country whose symbology includes large, powerful animals. The US also has its bald eagle. Many Middle East nations have falcons, Russia has its bear. South Africa has its Springbok, Ethiopia has an Elephant, China has a dragon and peacock. It is no surprise that animals are on of the top themes on banknotes.

Banknote World has helped collectors by identifying several affordable banknotes that share a common animal portrait or theme. The Grand Elephants Collection shows 4 older banknotes from Vietnam, Uganda, the Congo and Malawi. Elephants are important symbols in these countries. But they are not the only countries that highlight elephants. The 2015 South Africa 20 Rand has Nelson Mandela on the front and also a large elephant on the reverse. India’s 2005 Ghandi series shows elephants on the back. Thailand, Cambodia and Myanmar frequently show elephants. Possibly the most interesting elephant banknote is the 1932 Ethiopia 100 Thaler (P-10). The Elephant is the dominant feature on this note.

Lion – king of the jungle is on hundreds of banknotes. In the Nine Lives Collection there are a few highlighted. The 2019 South Sudan 100 (P-19) shows a full body reclining lion. This is an interesting image because this lion seems to be relaxing and not an imposing and even scary image. Tanzania and South Africa banknotes have more traditional images of lions- close up and intimidating.

Our March of the Rhinos Collection

The Rhinoceros is also a majestic animal that is in use on several banknotes. Rhinos are some of the most endangered animals due to poaching and belief that their horn has some medicinal properties. The horn, which is made of keratin, the same things as hair, fingernails and hooves, is the most recognized feature of these animals.

The 2013 South African 10 Rand (P-138a) has a rhino on the reverse. it also has a very prominent horn. The Mozambique 20 Meticais from 2011 (P-149) shows a full image of a rhino. Another banknote to look for us the 1977 Indonesia 100 rupiah (P-116). This one has what appears to be a young rhino. Also the Tanzania 5000 Shilling has probably the largest and most dominant portrait of a rhino. While Tanzania has few rhinos left, they have tried to grow the population and are very proud of the Mkomazi Rhino Sanctuary where many are protected from poachers.

Let’s hope that the population can be grown so we are not left only to see rhinos on banknotes, but they are present in the wild.