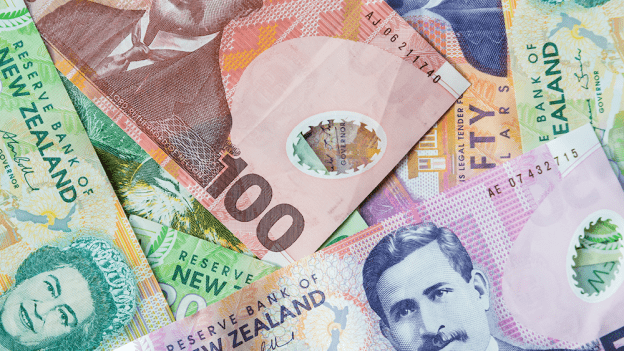 About 2,000 km east of Australia lies an economically powerful island country—New Zealand. Famous for their milk and being the set for the Lord of the Rings trilogy films, New Zealand was the last large habitable lands to be settled in by humans. The Polynesians began to settle between 1280 and 1350, and about 200 years later the British colonized the islands.

The first series of banknotes issued by the Reserve Bank in 1934 were supposed to be temporary. They were hastily designed and included features from notes already in circulation. All the notes had the same design. Denominations were distinguished through their different colors. The notes were also printed in New Zealand using the original plates from Thomas De La Rue. The first series of banknotes featured the kiwi bird, the New Zealand emblem, and King Tawhiao (the second Maori king) on the obverse side and a sketch of Mitre Peak on the reverse side. The notes also had the same dimensions— 178 mm by 89 mm—and the bank name watermark. The notes were withdrawn in 1941.

The second series of banknotes were issued in 1940. These notes replaced the portrait of King Tawhiao with Captain James Cook, the sketch of Mitre Peak with different landmarks on the reverse side, and took out the kiwi bird. The notes also had different dimensions, security threads, and a watermark of King Tawhiao. The second series also introduced the 10 pound note.

The 1 dollar banknote from the second series of dollar notes featured Queen Elizabeth II on the obverse side and the clematis flower and the fantail bird on the reverse side. In addition, the security features of the note included a solid yellow security thread and a watermark of Captain James Cook. The note measured 140 mm long and 70 mm wide.

Bradbury, Wilkinson and Company build a plant in New Zealand in 1981 and started printing NZ notes instead of De La Rue.

Stepping Into The Modern Era

In 1992, the Reserve Bank of New Zealand completely redesigned their banknotes. Instead of just the reigning monarch’s portrait, the notes honored notable New Zealanders like Sir Edmund Hillary, the first person to climb Mount Everest, and Kate Sheppard, one of the most prominent woman suffragist.  Queen Elizabeth II was still featured in the 20 dollar note and became the new watermark for the notes. The notes also showcased NZ’s diverse flora and fauna. In 1999, the Reserve Bank switched to polymer notes.

The brown and orange 5 dollar polymer note is also part of the 1999 series. Its obverse side features Sir Edmund Hillary, Mount Cook, as well as the outline map of New Zealand, and a Massey Ferguson tractor. Its reverse side portrays the yellow-eyed penguin, bull kelp, daisies, and the subantarctic lily. Because it is a polymer note, it does not have a security thread. However, it has a watermark of Queen Elizabeth II and dimensions of 136 mm by 66 mm.