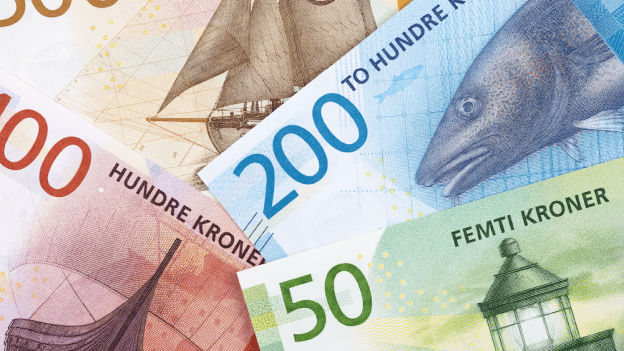 The Kingdom of Norway is a Nordic country in the Scandinavian Peninsula. Most of its lands are mountainous, so most of its population live in the coastal areas like Oslo (Norway’s capital), Bergen, and Trondheim. Norway has a strong maritime culture. It was home to the Vikings who exerted their influence in the British Isles, the coasts of Western Europe, Russia, Iceland, Greenland, and North America. From 1814 to June 1905, Norway had a personal union with Sweden.

The Swedish King ruled over Norway, but Norway kept its constitution and institutions. After modern Norway gained independence in 1905, it became a major maritime transporter of goods and a world leader in specialized shipbuilding. With the boom in the exportation of oil and natural gas in the 1970’s, Norway eventually became one of the world’s leading petroleum exporters. Norway is not part of the European Union. However, it is associated with the union through its membership in the European Economic Area (EEA).

The Norges Bank (Bank of Norway) was established on 14 June 1816. It is in charge of issuing and regulating the currency of Norway. At that time, the monetary unit of Norway was the speciedaler, divided into 120 skillings or 5 ort of 24 skillings each.

The speciedaler and the skilling were replaced by the kroner (Norwegian for crown) and the ore at a rate of four kroner to one speciedaler in 1875. After the change in currency, Norway joined the Scandinavian Monetary Union which existed until the outbreak of World War I.

The Norwegian krone (currency code: ISK) is the official currency of Norway. One krone is equivalent to 100 ores. Current bank denominations are 50 kroner, 100 kroner, 200 kroner, 500 kroner, and 1,000 kroner.

The first series of kroner notes were also known as the “Oscar II” notes. These notes had the portrait of King Oscar II who was the King of Sweden from 1872 to 1907 and simultaneously the King of Norway from 1872 to the dissolution of the union between Sweden and Norway in 1905. These notes were first printed by Bradbury, Wilkinson & Company. However, after the Norges Bank’s Printing Works (NBPW) acquired a copper plate printing press in 1891, it began printing the note.

The second series of kroner notes were designed by the Norwegian painter Oluf Wold-Torne. There were minor changes made to this note series in its four-decade circulation. On 9 September 1945, all Series II notes lost their legal tender status and were exchanged for new notes.

These notes replaced the portrait of King Oscar II with Wilhelm Frimann Koren Christie, a Norwegian attorney who served as the Norwegian Constituent Assembly secretary and President of the Parliament from 1814-1818. He also made an important contribution to the dissolution of the union between Sweden and Norway. These notes also had the crowned coat of arms and a head of a Viking king at the back, along with different landmarks and symbols.

At the end of the Second World War, the Central Bank of Norway quickly issued emergency notes. This series is sometimes referred to as “replacement notes” because they were designed to replace the Series II notes at the end of the war. These notes had a simple design. Their fronts had the denomination and the coat of arms while the backs were bank guilloches with the denomination. Meanwhile, the 1,000 kroner note retained its previous design. These notes were demonetized in 1999.

The Norwegian kroner was pegged to the British pound after the war. This fixed rate persisted until 1992, when the Norges Bank moved away from a fixed rate exchange and allowed the kroner’s value to float based on the foreign currency exchange rate.

An artistic competition was held in 1930 to design a new series of notes. Before these notes were printed, however, the Second World War happened. The winning designs in the 1930 competition were not deemed suitable after the war, so the architect Arnstein Arneberg was called to help design this series.

These notes feature portraits of prominent Norwegian figures in front and illustrations of the most important industries at the back. These notes were also demonetized in 1999.

For example, the blue 5 kroner note features Fridtjof Nansen, a Norwegian polymath. He won the Nobel Peace Prize in 1922 for his work on behalf of the displaced World War I victims, especially with the Nansen passport. The reverse side of the note features a picture of the Lofoten Fishing Station based on a painting by Axel Revold. The note does not have a security thread. However it has a 5 pattern watermark and measurements of 125 mm by 70 mm.

The fifth series of notes had two designers—Knut Lokke Sorensen designed the fronts while Henry Welde designed the backs. Also the 5 krone note was replaced by a coin in 1963. In addition the smallest denomination, the 10 krone note, changed its color from yellow to blue.

These notes continued to feature the same people in front, but the backs featured different art and architecture. The notes had the featured person as the watermark. A solid security thread is in use on the 500 and 1,000 kroner notes. This series no longer circulates as of 2001.

The sixth series of notes were designed by Norges Bank’s graphic design department. The designs were based on Leif F. Anisdahl’s vision. The 10 krone note was replaced by a coin in 1983.

These notes featured different prominent Norwegians, including the feminist writer Camilla Collett on the Norway 100 kroner note and the composer Edvard Grieg on the 500 kroner note. The reverse side of the notes featured Norwegian arts and handicrafts from earlier periods, like the 17th century cast-iron stove on the 1,000 kroner note. The security details also have new updates, so all of the notes have solid security threads. This series no longer circulates as of 2012.

This series of banknotes dates to 1994. It continued to honor prominent Norwegian figures. However, the designs were more cohesive, with the person in front and their contributions at the back. The notes had solid security threads with demetalized text and watermarks of the featured person.

In 1999, the security features of the notes are even more secure. These upgrades included Omron rings, holographic stripes, and the change in orientation of the demetalized text on the security threads.

The red and orange 100 Norway Kroner measures 136 mm long and 65 mm wide. In addition it features the opera singer Kirsten Flagstad and the main auditorium of the Norwegian Opera in front and the ground plan of the main auditorium of the Norwegian Opera at the back. The security features also include a flower and vase embroidery in front, a holographic stripe, a solid security thread with demetalized NORGES BANK, and a watermark of Kirsten Flagstad.

This series of banknotes from Norway have “The Sea” as its theme. The front designs derive from the Metric System and Terje Tonnessen proposals. They feature illustrations with connections to the sea. The back designs are cubic patterns that depict the coast, the horizon, and the motif. There are also organic patterns that are abstractions of the sea. The cubic and organic patterns follow the Beaufort scale which shows how wind speeds affect wave patterns. These notes also have enhanced security features including SPARK Orbital rectangles, windowed security threads with holographic anchor chain patterns, solid security threads with demetalized text, and watermarks with electrotype text. Oberthur Technologies is the printer of the banknotes.