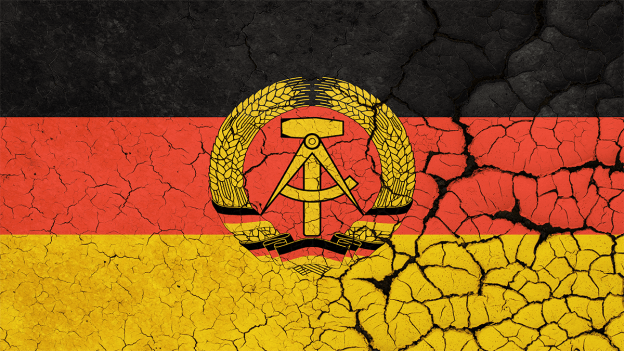 Later in 1948, East Germany did introduce its new series of Ostmark notes. The first real series was devoid of portraits. They had numbers and a lot of basic security designs. They look more like banknotes from 20 or 30 years before that. East Germany issued a new series in 1955. The series did not change much except for some words and small design changes.

By 1964, East Germany no longer maintained an official policy supporting the reunification of east and west into one Germany. As a result, East Germany emphasized this change by renaming its Ostmark currecy to Mark der Deutschen Notenbank or more completely Mark der Deutschen Demokratischen Republik and the Central Bank was renamed Staatsbank Der DDR. The 1964 Series not only showed these changes included the use of portraits on the banknotes. The 1964 5 Mark der DDR shows botanist Alexander Humboldt. Also, the 10 Mark has Fredrich Schiller- German poet. Author Johan Goethe is on the 20. It was not until the 50 and 100 that Communist thought leaders Engels and Marx were shown. The designs of the series are much more appropriate for the time. They included some color and cultural aspects of Germany.

The 1971 series looks much more like a Soviet-Communist style. Communist thought leaders are on display on all notes. Images are of workers and collective people’s activities. The 50 Mark (P-30) is especially interesting. On the front is Fredrich Engels. And on the back is a detailed drawing of a chemical plant including distillation towers, tanks and piping. East Germany used these banknotes until reunification in 1990. An amazing stat is that the German government destroyed nearly 300 railcars full of demonetized notes. Wow.