The Guatemalan Quetzal | More Than Just A Bird 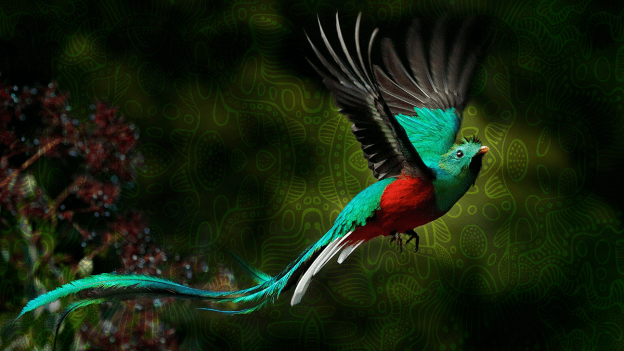 Guatemala is a Central American country that holds a lot of significant history. It is the home of the ancient Mayan civilization which can still be found on its modern day banknotes. As with most Central American countries, it was under control of the Spanish up until 1821 when it declared independence. The currency in use today is called the Quetzal; its named after the Quetzal bird which is the national bird of Guatemala. Also an Interesting fact is that the Quetzal bird feathers were used by ancient Mayans as currency. However before the Quetzal, there was the Guatemalan Peso.

One of the first banknotes was the Guatemalan 1 Peso, 1874. It has a very similar design to a USD of the era. The printer is Columbian Banknote Company. It features portrait of former presidents Justo Rufino Barrios and J.M. Samayoa. Also there are 2 women on both corners looking up at the presidents. Another beautiful banknote from the era is the Guatemala 5 Pesos, 1914. It stands out because of the various bright colors used such as green, yellow and pink. The front features an image of woman with a wheel. You can also find the Guatemalan coat of arms on the left hand side as well as a Quetzal bird on the right.

One of the early Quetzal banknotes that stands out is the Guatemala 50 Quetzales, 1967. It’s colored in orange and blue and features former president José María Orellana Pinto on the right hand corner as well as a Quetzal bird on the front. The back features an image of the Central Bank of Guatemala.

In the 1970’s the banknotes were redesigned and they laid the path for the current banknotes in use. They still look very similar in design just tweaks here and there to keep up to date with security features. The Guatemala 5 Quetzales, 2013 is a perfect example of the implementation of historical and modern characteristics. It features former president Justo Rufino Barrios and it features a Mayan tribal theme throughout the entire banknote. It is also dedicated to education in the country.