The History of the Iraqi Dinar 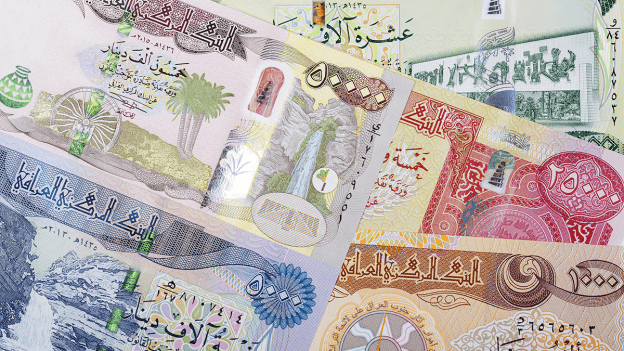 The current Iraqi Dinar dates back to the year 1932. Before the introduction of the Dinar the Indian Rupee circulated in the country. Ever since the first introduction, the Dinar has come a very long way. The denominations started off small and as time went on, hyperinflation hit the country and eventually larger denominations began to circulate. The first denominations ranged from 1/4 Dinar all the way to 100 Dinar. Lets look at one of the very first Dinars. The 1/4 Dinar from 1931 features King Faisal I of Iraq on the front left corner. There is some British influence on the banknote especially on the reverse.

Evolution of the Iraqi Dinar

A few years lather the Saddam Hussein series came out. These banknotes are known by many collectors because of their poor printing quality. The paper feels very thin, flimsy and cheap. The Iraq 25 Dinars, 2001 is colored in green and features Saddam Hussein on the right hand corner. The reverse features an image of Ishtar Gate and the The Lion of Babylon statue that dates back to the Mesopotamian era. After the removal of Sadam new banknote were issued. Due to hyper inflation the denominations increased. They are in large denominations of 5,000 – 10,000 – 25,000 – 50,000. The 50,000 is currently the largest denomination. It has the looks and feel of a modern banknote as well as modern and up to date security features. The front features a water wheel and an image of the Gali Ali Beg waterfall.