The 5 Most Popular Professions on Banknotes 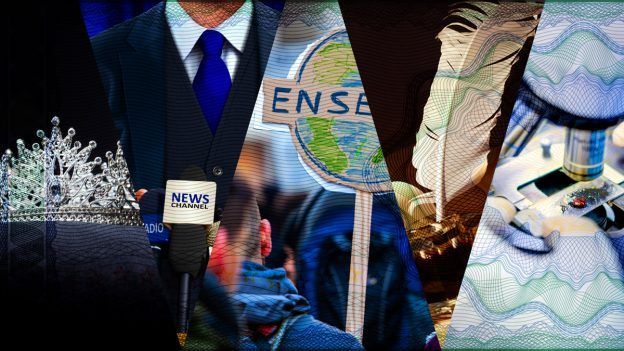 The 5 Most Popular Professions on Banknotes – Around the world, banknotes are used to memorialize and pay homage to important figures in history. Each country has its own opportunity to immortalize its heroes and heroines from all walks of life, including celebrities, political figures, artists and other social and intellectual contributors. This article takes a peek at some of the most common professions for people lucky enough to be found on banknotes. Once you’ve read this article, you’ll know exactly what professions you should choose if you’re planning to see your own face on your country’s $100 bill one day.

The Most Popular Professions on Currency

These are five of the most common professions on banknotes, held by figures whose likenesses end up on global currency. Choose any of these roles and excel at it and you’ve got a great shot at ending up on a banknote one day.

Being King or Queen of your own nation is one of the best ways to get and stay on a National Banknote in the future. The Queen of England has featured on the currencies of Bermuda, Canada, Australia, New Zealand, Jamaica, Great Britain and over 20 other different countries. Countries like Cambodia, Bhutan, Morocco, Namibia, and Poland all feature likenesses of their own royal families on their currency.

Politicians and political leaders are very commonly featured on banknotes around the world. Four of Canada’s five banknotes in circulation feature likenesses of early Prime Ministers. In the United States, all banknotes presently in circulation feature the likenesses of past Presidents, founding fathers like Benjamin Franklin, or signatories on the United States Declaration of Independence. Throughout the world, heads of state, political leaders, and even ministers of finance have been featured on the national currencies of many countries.

Being featured on currency as a social or political activist is a huge deal. Social reformers previously fought for the rights of the people against a regime that supported outdated values, so to earn recognition on the currency of the same nation’s currency represents a profound moral victory. Notable examples include Mahatma Gandhi, the renowned political and spiritual leader of the Indian independence movement, and Nelson Mandela, the anti-apartheid activist in South Africa. The Americas are moving towards recognition of social activism on currency, with the Canadian $50 bill featuring a group of celebrated suffragettes on its observe side and minority rights activist Viola Desmond to appear on the new $10 bill in 2018. In the United States, abolitionist activist and slave-rescuer, Harriet Tubman is set to appear on the $20 banknote.

Nations around the world recognize their most celebrated poets and writers on their banknotes. Famous writers that have been featured on banknotes around the world include Gabriel Garcia Marquez (Colombia), Astrid Lindgren (Sweden), Robert Louis Stevenson (Scotland) and Rosalia de Castro (Spain). The inclusion of writers and poets is becoming more and more common worldwide as many nations look to depoliticize their currency and inspire nationalism through celebrations of culture.

Many famous scientists have appeared on currencies around the world, and winning a Nobel Prize for your contribution is a sure way to enter the conversation for immortalization on your country’s currency. Famous physicists, chemists, mathematicians, and physicians have had their likenesses portrayed on banknotes, including Niels Bohr (Denmark), Lord Rutherford of Nelson (New Zealand), Marie Curie (Poland), Howard Florey (Australia), and Erwin Schrodinger (Australia).

As you may have learned, only the very best of our national and international citizens tend to get recognized on banknotes – but don’t be discouraged! You don’t have to be a King or a President to see your face on a dollar bill – just work hard at what you’re good at, fight for peace and justice wherever you are, and with a bit of luck and history on your side, you’ve got every chance of being immortalized on a banknote of your own.