The Pros and Cons of Polymer Banknotes 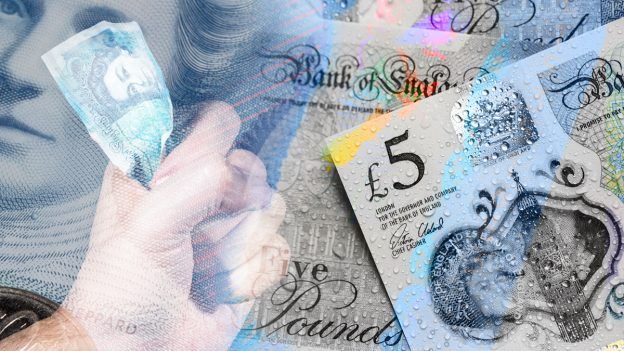 The Pros and Cons of Polymer Banknotes

Many countries are transitioning from paper money to banknotes made of polymer because of the latter’s anti-counterfeit features. Below is some more insight into the pros and cons of polymer banknotes.

How times change! Over time, paper money (made of 75% cotton and 25% linen blend) will likely be replaced by polymer banknotes. But why is the polymer craze catching on so fast? Is it safer? Is it better looking? Or does it have more value as compared to the usual paper money?

Polymer banknotes have already become very popular in different countries in the world. For example, they are already in use in Canada, and in the UK the government is planning to phase out its paper banknotes by 2020.

Of course, like everything else, there are both advantages and disadvantages to using polymer banknotes.

What Are Polymer Banknotes?

What exactly is polymer and how is it different from the paper used to print money? Polymer is a clear thin piece of plastic and is more durable than paper.

The Reserve Bank of Australia (RBA) in a combined effort with the Commonwealth Scientific and Industrial Research Organization and the University of Melbourne was the first to develop polymer banknotes. Today, many countries are adopting these notes because of the many benefits. Romania, Canada, Israel, and Vietnam have switched entirely to polymer banknotes.

As with many things, there some cons to using polymer banknotes. With these newer notes, there’s a chance that older sorting machines might not be able to sort these notes out as fast as they would with paper money. It’s more probably that these sorting machines will have to be modified or updated to accommodate polymer bills.

The colors of polymer banknotes can fade. A good example is Nigeria in Africa, which went back to paper money after the polymer banknote test failed when the money started fading and sellers started rejecting it.

Polymer banknotes can be difficult to fold. When you force-fold it, it will have a crease along the fold line.

Polymer banknotes can get sticky when wet. This can be frustrating, especially if sorting out the notes.

Polymer bills last a long time. The wear and tear typically associated with paper money does not affect polymer notes as quickly as it does for paper money. In 2013, The Guardian stated that polymer banknotes are likely to last 2.5 times longer than paper money.

Polymer banknotes are more difficult to forge than paper banknotes due to detailed images and the fact that the bills are made with expensive technology designed to decrease the likelihood of counterfeiting. Countries that have adopted polymer banknotes have already reported a remarkable reduction in counterfeiting as opposed to countries still using paper money.

As opposed to polymer, paper money can get dirty easily. When subjected to a thorough test, paper money has been known to contain traces of feces, grime, viruses, bacteria and more. Did you know that paper money can pass on flu agents for more than ten days? Compared to paper bills, polymer banknotes are a significantly cleaner and are less likely to play host to a multitude of bacteria and viruses. This is because polymer banknotes are essentially made of plastic, so if the note happens to get dirty or have liquid spilled on it, cleaning the bill is easier than it would be if a paper banknote needed to be cleaned.

Another great fact about the polymer banknote is that when it is worn out, the polymer bank note can be recycled, so there is a decreased chance of depletion of resources while also resulting in less harm to the environment.

3 thoughts on “The Pros and Cons of Polymer Banknotes”