Top 5 Most Valuable Banknotes from Around the World 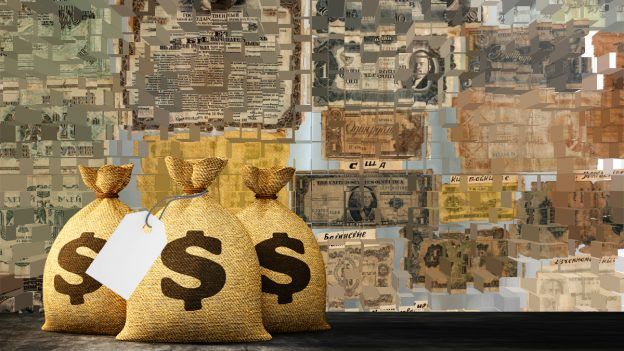 Top 5 Most Valuable Banknotes from Around the World

There currently exists four £5 pound banknotes in the world that are unlike any other. To generate publicity, these four limited-edition versions were created with a tiny portrait of Jane Austen done by micro-engraver Graham Short. 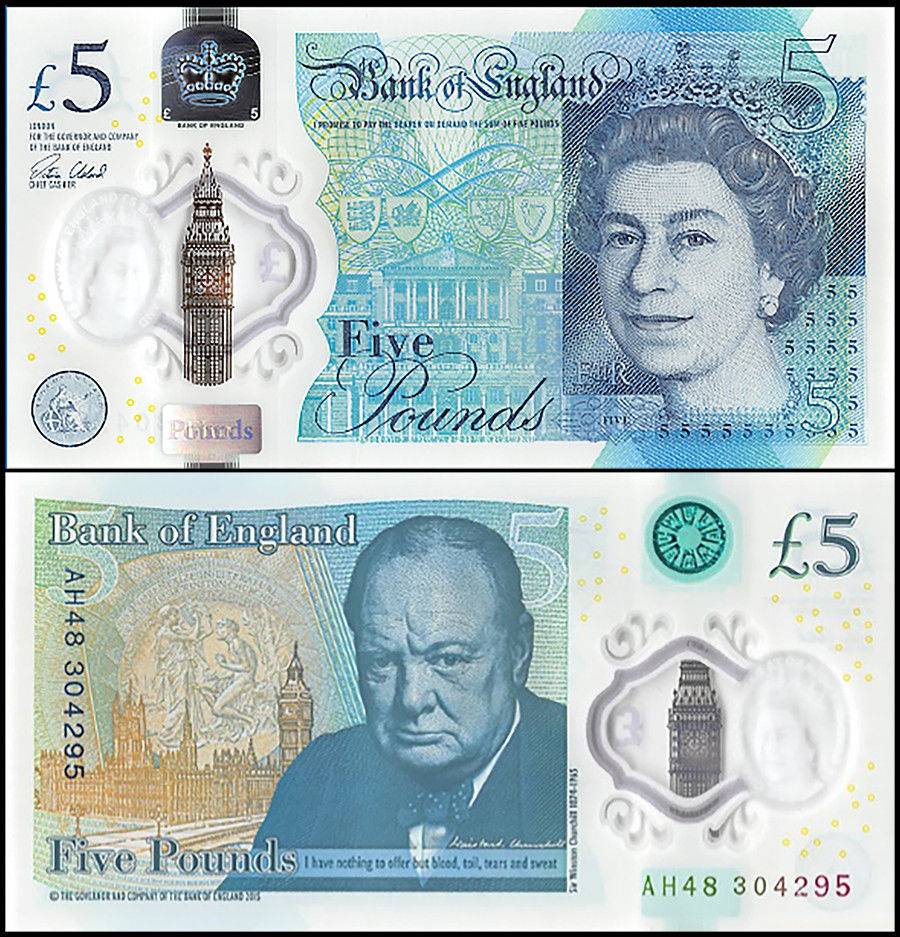 The micro-engraving was placed next to Big Ben on the £5 note and are valued at around £50,000 by collectors today. Although three have been discovered in circulation, one remains unaccounted for by the public! 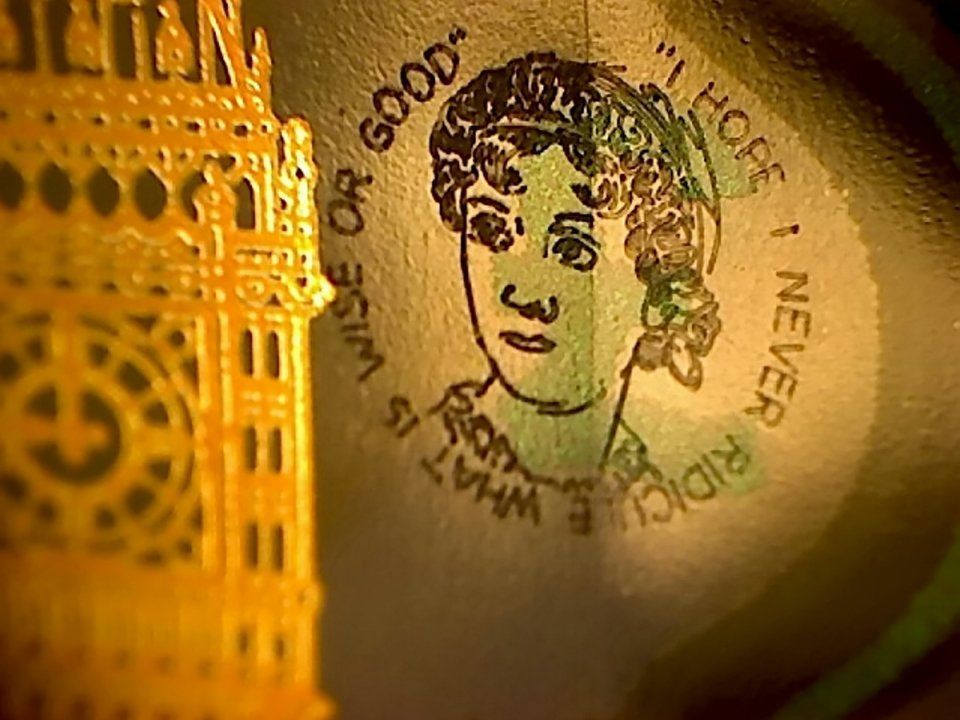 A Ming Dynasty note was recently found by auctioneers inside the head of a 13th century wooden sculpture. The sculpture was being examined for signs of damage that would affect its valuation when the crumpled note was discovered in the head cavity of the centuries-old wooden bust. The note was printed in the 3rd year of the brutally oppressive Ming Dynasty and reads “This banknote has the same function as coins, those who counterfeit banknote will be beheaded, the whistle-blower will be rewarded 250 Liang silvers plus all the properties of the criminal”. The note and sculpture together sold for $35,806 US dollars. 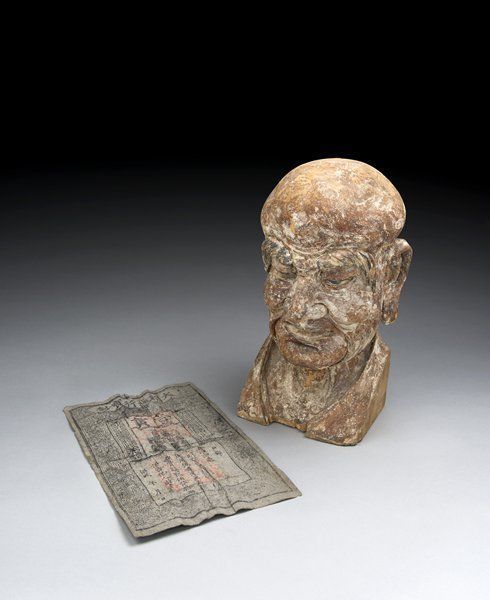 At number 3 on our list of the most valuable banknotes, we have the similar Ming Dynasty banknote to our number 2 pick. This Ming Dynasty note, collected by Dr. Ernest Ikenberry, is estimated to have been printed in roughly 1350 AD and is therefore a shade over 650 years old. The collector died in 2013 after spending years collecting Chinese coins and notes, and this note, thought to be the only one of its kind, was anticipated to fetch over $100,000 at auction. 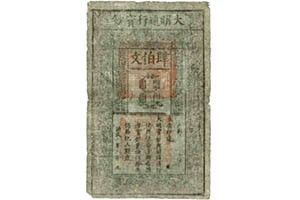 If you’re perplexed by 401k’s and retirement savings, a great alternative might be to get your hands on some of Australia’s original paper currency. Australia began printing banknotes in 1913, and it is said that just one single bill remains from the first printing. It was originally believed that none of these notes remained until a Scottish collection was found to contain a good condition one in 2005. The note is valued at $226,000 and is slated to be auctioned in Sydney, Australia.

This American 1,000 banknote is the most valuable banknote and coveted piece of antique currency in the world, having been sold at an Orlando auction for $3.29 million dollars. Only two of these bills are said to remain in existence, with one being held at the Federal Reserve Bank of San Francisco. The note was printed in 1890 with a face value of $1000, and got its nickname from the green stripes that curve down the zeroes on the obverse side, making each numeral resemble a watermelon. The rarity, age, and unique design of this note makes it one of the most coveted worldwide. 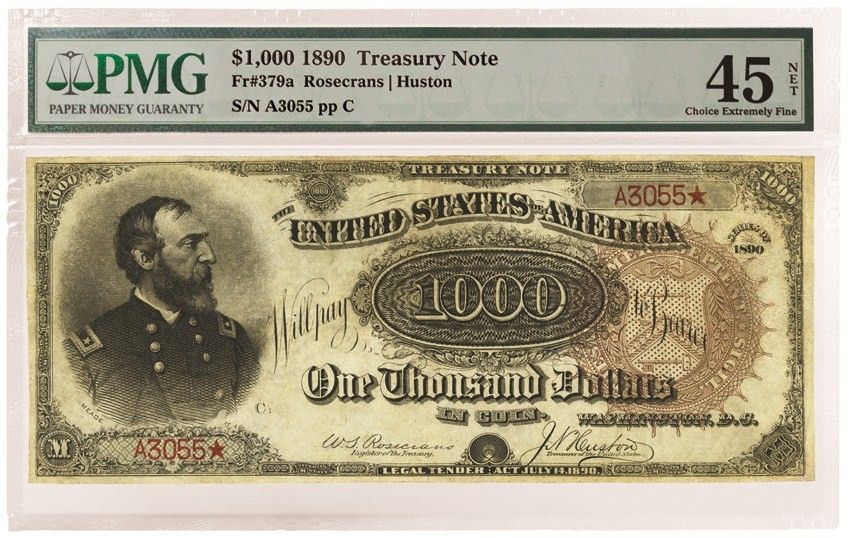 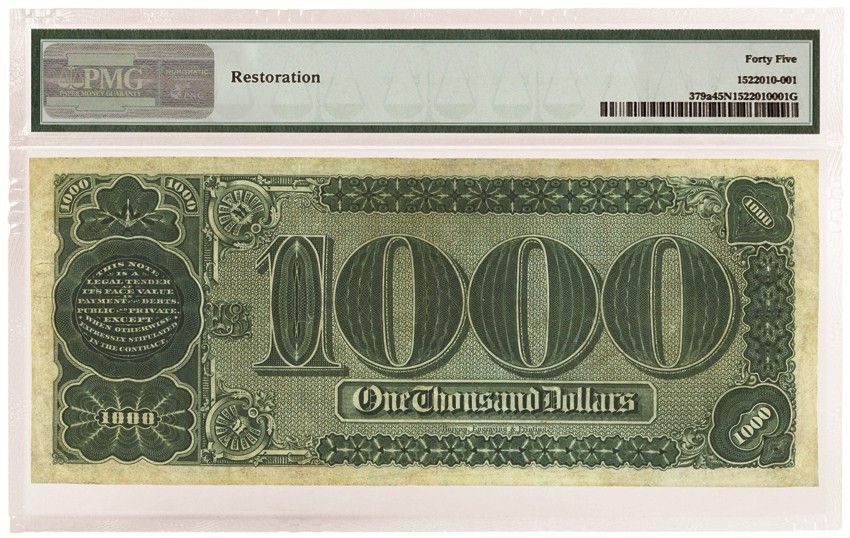 Conclusion of Our Top 5 Most Valuable Banknotes

We hope you’ve enjoyed our look at some of the most valuable banknotes. While you may not be able to get your hands on these notes, that doesn’t mean your collection won’t be worth a fortune someday. Take great care of your limited-edition notes, especially those with unique designs and limited edition printing, and you’re likely to be holding a very rare specimen sometime in the future. If you liked this countdown, check out our top 3 currency origin stories!