Who’s Signature is on Your Banknotes? 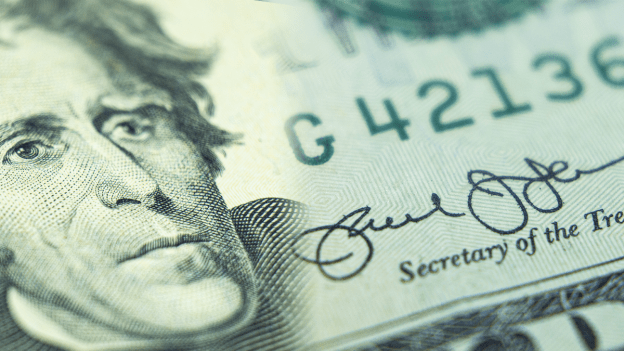 Every banknote (except for 10 countries I am told) contains at least 1 signature and usually two. And 99% of the people using the currency probably have no idea who these people are. Let’s start with the first question; why are there signatures on banknotes?

The First Signatures on Banknotes

The first banknotes were more like bank checks and I.O.U.s than anything else. In 1694, when the Bank of England was first formed, banknotes were handwritten or contained only a small amount of pre-printed text, and someone at the bank would write out the amount and sign it. This piece of paper was exchanged for some value deposited at the bank. This piece of paper was backed by the authority of the person signing it. Having confidence in the backing of a banknote is key. Because unlike coins which had inherent metal value, paper banknotes only have value if someone else will exchange it for value.

It makes sense therefore for someone important at the bank or whatever organization guarantees the value of the paper currency. In most governments, the central bank is led by a Governor and reports into a Finance Minister who reports to the countries’ leader. Having the Bank Governor and Finance Minister sign banknotes makes some sense but, these roles are often hidden in a government’s bureaucracy. Wouldn’t someone get more confidence in a banknote if the leader of a country sign them? The Finance Minister, the leader and in most cases, the Bank Governor are political roles, so political allegiance is not the reasons to not have the leader’s signature on a banknote.

As with many banking topics, the reason for who signs the banknotes is steeped in tradition and archaic laws. In England, the Chief Cashier’s signature is on banknotes. This is probably a tradition from a time when the governor of a bank didn’t want to be writing banknotes all day. So this responsibility was delegated to the head of all cashiers.

Today that role seems to be more administrative, while the Secretary of the Treasury is more involved in monetary policy and budgeting. My guess? History. Even before there was a Federal Reserve System, the Register of the Treasury and the Treasurer signed banknotes. When the Fed was established in 1913, no one wanted to rock the boat or explain the complex relationship between the Federal Reserve Bank System and the US Government.